Beaches in the San Diego/Tijuana shoreline are sometimes contaminated with untreated sewage because of inadequate wastewater infrastructure. In particular, the San Antonio de los Buenos wastewater treatment plant, 10 km south of the US/Mexico border, can only treat a fraction of the wastewater that is diverted to it. The remaining effluent bypasses the treatment plant and is emptied directly onto the beach at Punta Bandera. This creates an environmental hazard, as untreated sewage is full of pathogens that can cause gastrointestinal distress in swimmers.

Unfortunately, this wastewater does not just affect Punta Bandera. Microbial DNA source testing by the Southern California Coastal Water Research Project (SCCWRP) has identified San Antonio de los Buenos-sourced contamination as far north as Silver Strand State beach, 20 km away (Source). This happens the San Diego/Tijuana shoreline is straight and sandy, which makes it easy for material in the surf zone to be carried by wave-driven currents. When waves come in from the south (common during summer weather in the San Diego/Tijuana region), material in the surf zone moves northward. 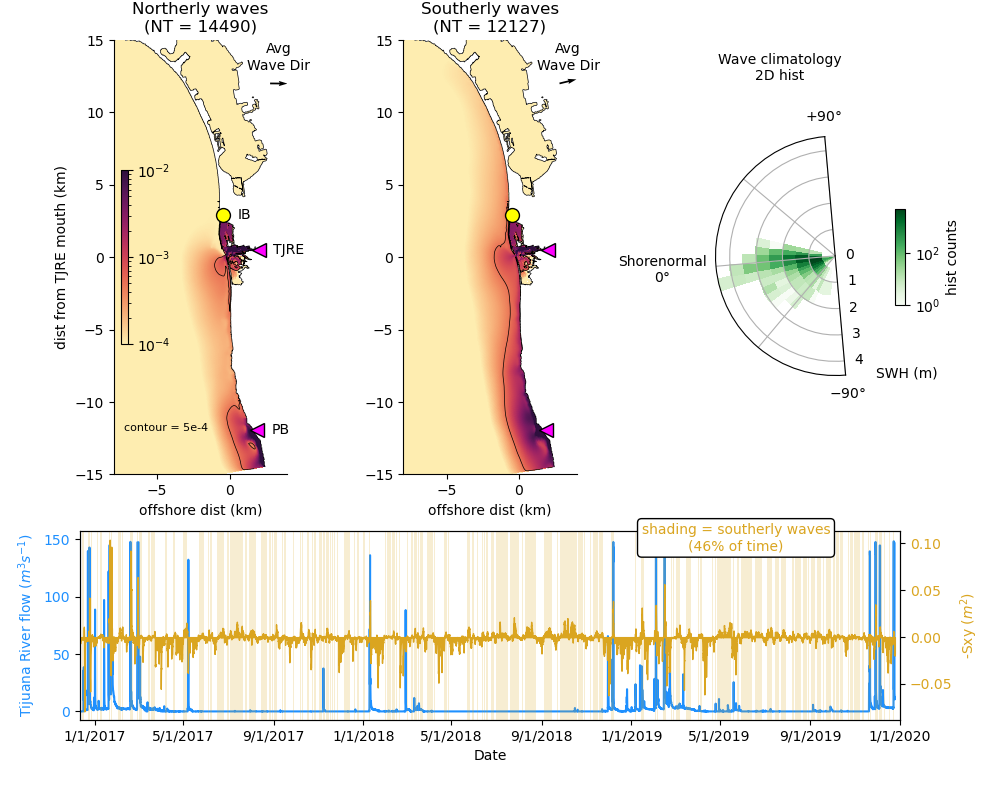 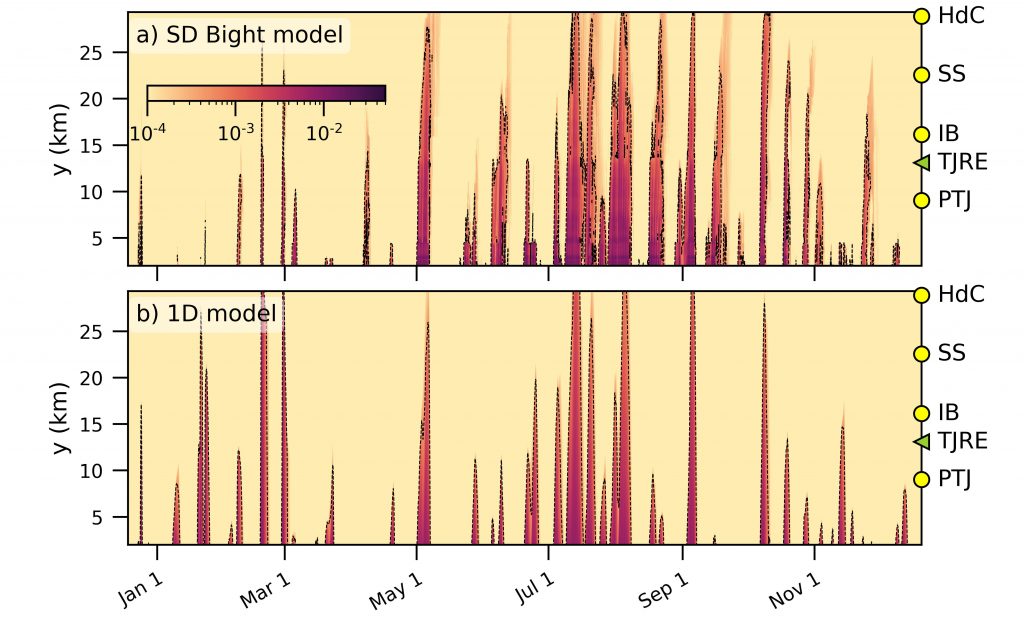 Dye concentration as a function of alongshore distance from the wastewater treatment plant outfall for the year 2017. Panel a) is the hydrodynamic model, panel b) is the 1D model. Dashed contour is 5 x 10-4.

One way we quantified performance of the 1D model was to compare where each model predicted dye concentrations would exceed 5 x 10-4. 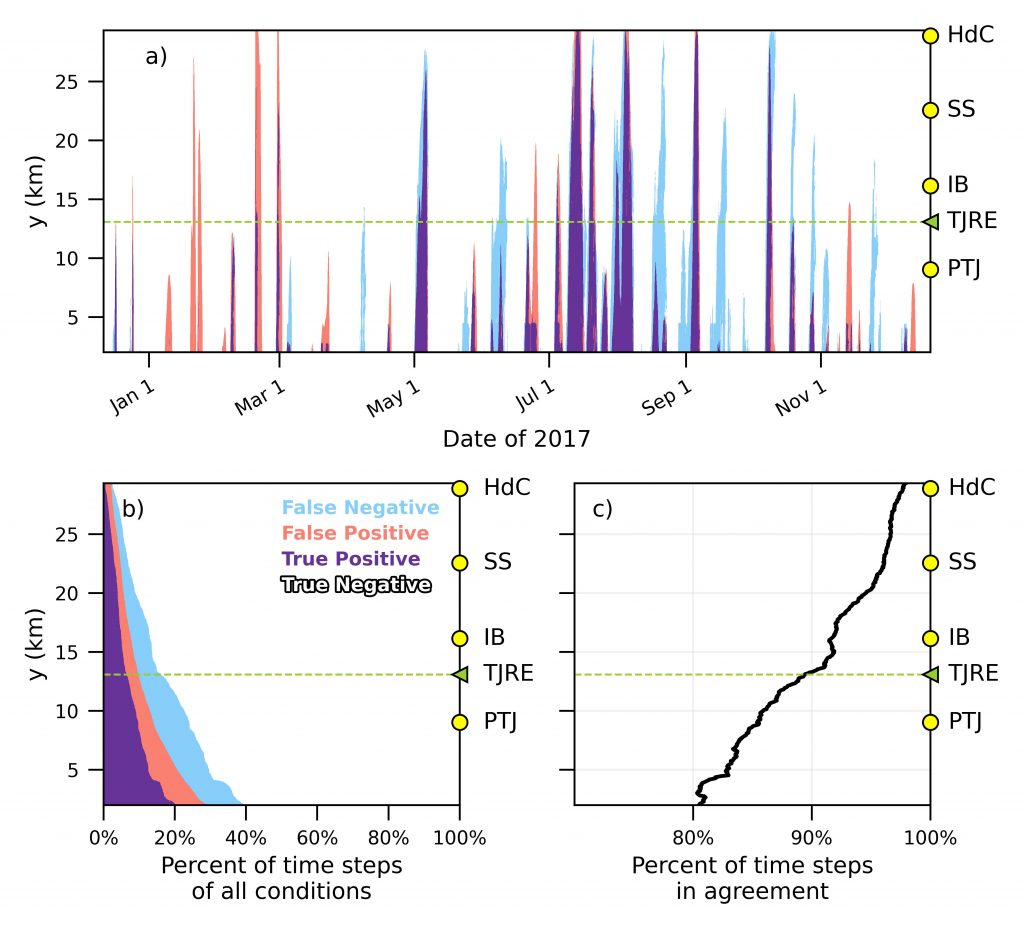 Agreement was defined as a time step where both models had concentrations above the cut off, or both below. Disagreement occurred when one model exceeded the cutoff and the other did not. The two models were found to be in agreement for 89% of all time steps at all locations! That is, water quality problems at the beach were predicted similarly between a state-of-the-art hydrodynamic model and a simple 1D model. This gives us the potential to translate wave observations and forecasts (readily available at wave buoys, Source) to make water quality predictions in the San Diego/Tijuana region.