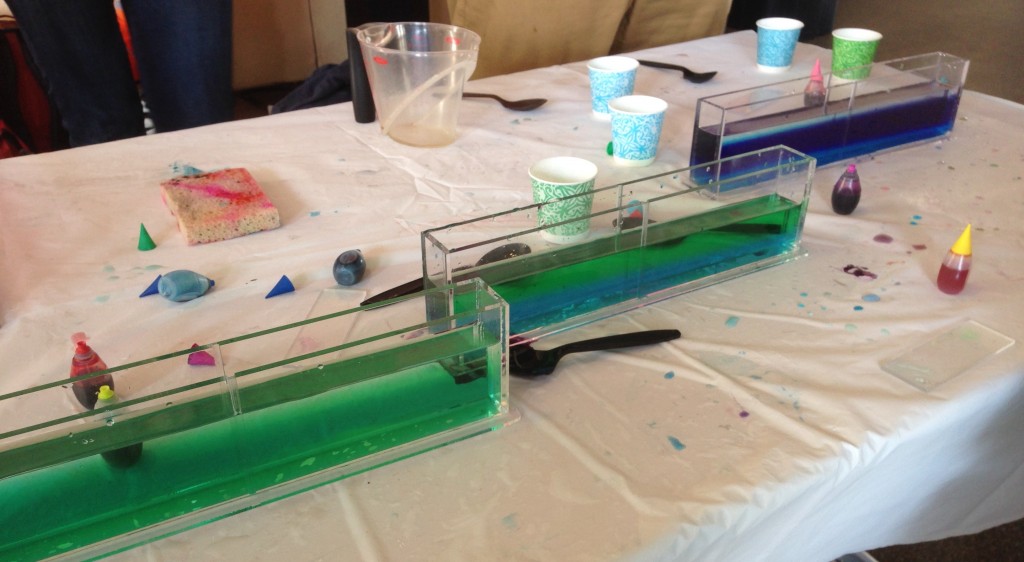 21 March 2015. Giddings and SIO graduate students Julia, May-Linn, Sasha, Erica, and Shantong, joined with the Tijuana River National Estuarine Research Reserve (TRNERR) team to present hands-on experiments to kids and parents at the San Diego Science EXPO Day. It was a fun filled day with exhibitors presenting hands-on STEM experiences ranging from operating and building robots to making concrete. There were even math rap and dance performances! With over 20,000 participants, it was an amazing day of science and fun. The TRNERR group had a demo where kids dug through fake mud cores to search for the various creatures that live in estuary marshes and microscopes to check them out in more detail. While the TRNERR group covered the biology, we covered the physics of estuaries and guided kids in experiments of what happens when river water meets the ocean.