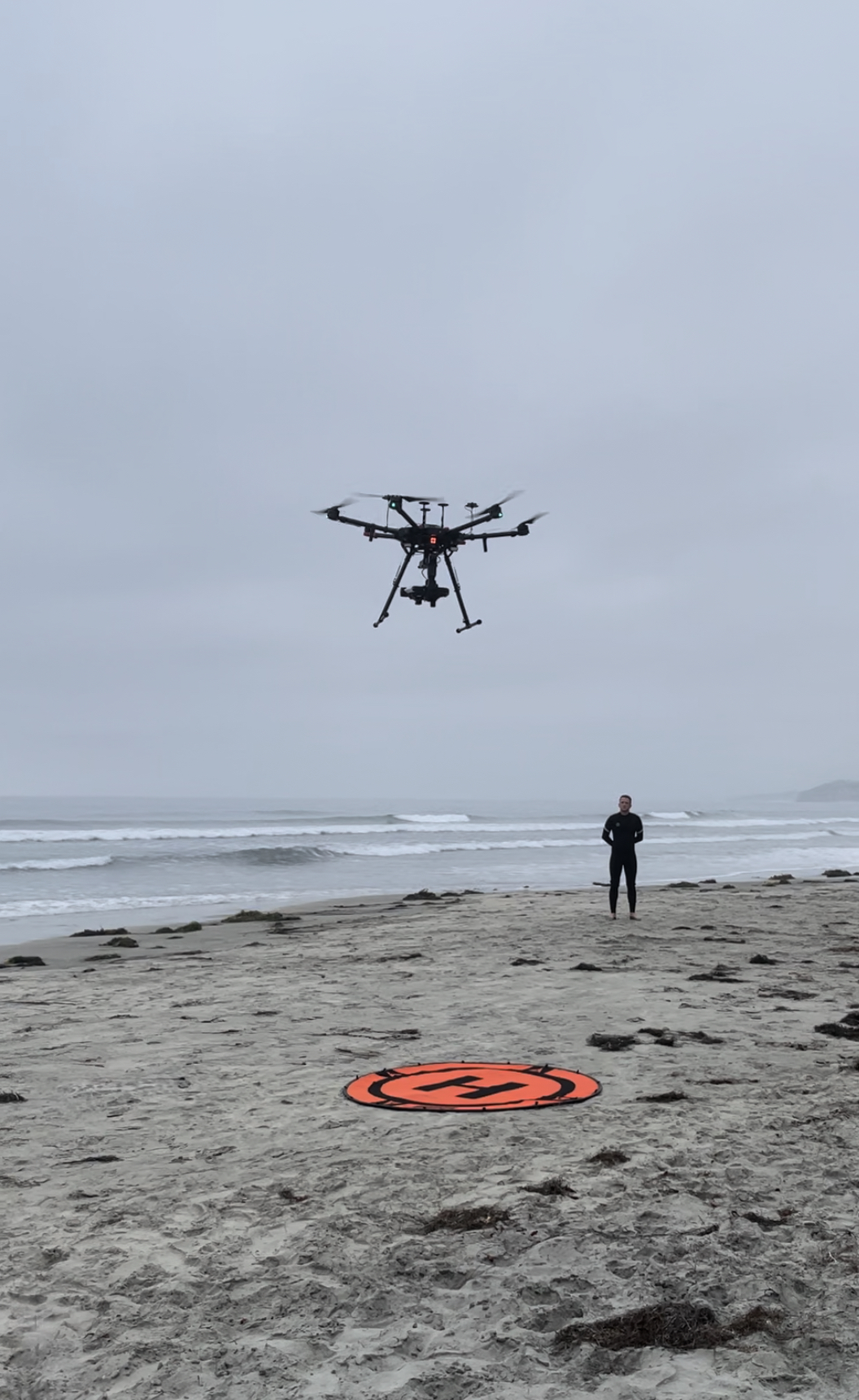 In early October, lab member Alex Simpson and field crew member Rob Grenzeback hosted a meeting and workshop centered around hyperspectral cameras mounted on drones. Headwall Photonics, the company that produces the camera we are using for upcoming field work, sent several technicians to train us in the usage of their equipment. A hyperspectral camera is different than your average camera (which parses light into 3 spectral wavelengths: Red, Green, and Blue) because is able to parse reflected light from objects into many, many wavelengths (270 to be exact!) which gives ~100x more information about what is being imaged. Our application for this technology is to collect imagery of Rhodamine dye releases at the mouth of Los Peñasquitos Lagoon to track river plume behavior in the surf zone (similar to past study CSIDE). By using the hyperspectral camera, we aim to determine the concentration of dye, and by proxy the concentration of fresh water, using spectral properties of the dye in the imagery. During the workshop, we released a small amount of dye into the ocean near the SIO pier, and had success in flying the drone, collecting imagery of the dye, and some initial post processing of the data! The pictures below show field crew member Shane Finnerty preparing the Rhodamine dye, which is hot pink in color, and the crew gathered on the beach before our drone flights. A sample image of the dye is included, where you can see the hot pink dye at the surface and seaweed underwater, surrounded by the sandy ocean bottom. 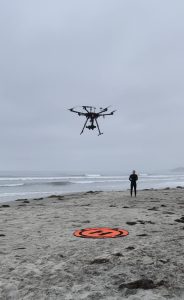 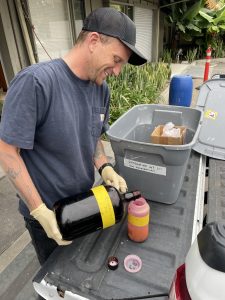 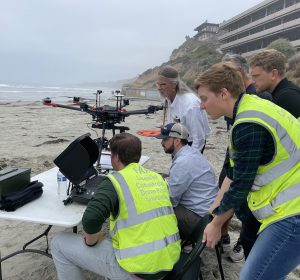